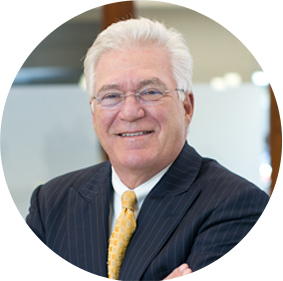 Back on His Feet

Dennis Kuhl is grateful to the winning team at Hoag Orthopedic Institute.

Time is not something Dennis Kuhl likes to waste.

As chairman of the Los Angeles Angels of Anaheim, Dennis is a dynamic leader focused on civic affairs and community outreach, while overseeing the Angels' flagship radio station KLAA AM830.

But, when what had been occasional, intermittent hip pain flared into almost debilitating agony, Dennis knew the time had come to take care of it once and for all. When he was referred to Robert Gorab, M.D., and Hoag Orthopedics Institute for hip replacement surgery, he knew he’d found a winning team.

“From day one I was impressed that everyone was on-time,” he recalls. “There was no waiting. The ambassador at the hospital was so helpful and everything from paperwork to prep was right on time, leaving no time to build up any anxiety.”

Admittedly nervous about the surgery, Dennis felt well prepared after the Hoag Orthopedic Institute pre-surgery orientation during which he asked all of his questions. Even better, he felt relieved to know that during his surgery, his family and friends were receiving real-time updates on the monitors in the waiting area.

No Pain, All Gain

Dennis recalls his recovery as nearly painless. “The Sunday before the surgery, I was praying about it. But, once they did it,“ he snaps his fingers and adds, “I can’t tell you what hip was operated on!”
He kept waiting for the pain, but it never came. He was back in the office and followed his physical therapist’s instructions to the letter, which he credits for his quick recovery.

While he had to give up his four-mile daily runs, Dennis remains active in a baseball league. Twelve weeks after the procedure, he was back on the golf course and ten months later, he was skiing between Switzerland and Italy, where he’ll tell you the coffee is incredible.

Volunteering is a Way of Life

Some of Dennis’ most important work is his service on charity boards such as the Leukemia and Lymphoma Society, Susan G. Komen for the Cure, the Los Angeles Sports Council, Boys and Girls Club of Anaheim, One Mission Foundation, the Children's Education Foundation of Orange County, Tiger Woods Foundation, United Cerebral Palsy of Orange County organization and the Alzheimer's Association of Orange County. Additionally, he serves on the advisory boards for South County Outreach, the Board of Governors at Chapman University and the Irvine Public School Foundation.

He is very proud to have mentored and supported low-income high school students with college scholarships through his position on the Angels Baseball Foundation Board of Directors.

His experience at Hoag Orthopedic Institute also introduced him to a great community of physicians and nurses who worked hard to create a seamless spectrum of care. As a former patient, he is grateful for the research and innovation made possible by community support. He’ll never forget the entire experience because it literally put him back on his feet to do the work he feels so passionate about.

"The hip replacement taught me that life is fragile," Dennis says. "It gave me a new life."